Posted November 308, 2021 by admin & filed under Distance Learning Plus News. 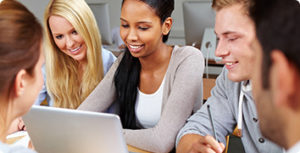 Have you ever wondered what it’s like in outer space? As a child we all loved star gazing or daydreaming that we had the ability to fly outside Planet Earth. Many even wished to be an astronaut when they grew up or try to ride in a space shuttle even if it would just be for fun.

Most consider outer space unquantifiable or impossibly vast, but surely magnificent (if not magical) to explore. With the recent short journey to space opportunities open to non-astronaut-trained individuals like Mark Bezos, or the ongoing outer space projects led by Elon Musk and Sir Richard Branson, it is safe to say many more are curious to experience what it is like outside the earth. If only they had the financial resources. At the moment it’s only possible by millionaires…

As a good introduction to the study of Space (the Final Frontier no more), you might try studying Astronomy as a foundation course.

What is Astronomy? By definition, astronomy is the study of everything in the universe beyond Earth’s atmosphere. It is basically a natural science that deals with celestial objects and phenomena. It covers planets, stars, moons, comets, or galaxies. Many of today’s tech-savvy generation is both knowledgeable and curious about this tantalizing ‘new’ dimension and interested in learning more about it. They recognize there are still a lot of things to know and discover outside Earth. Studying Astronomy as a foundation course is a great start.

Wikipedia etymology describes Astronomy as meaning “law of the stars” or “culture of the stars” depending on the translation. Astronomy should not be confused with astrology which is the belief system that claims human affairs are correlated with the positions of celestial objects. Astronomy and astrology are two different fields that share a common origin hence they are entirely distinct and separate.

Distance Learning Plus offers many Foundation Courses such as Astronomy. Check it out here:

What is the legacy of the Education Act, 70 years on?

Top 10 Foods To Improve Your Learning

June 850, 2014 There are many revision tips and techniques that students are recommended to help them achieve better grades, [...]

How To Write A Covering Letter

January 2958, 2014 When applying for a job you should always include a covering letter. This is basically a more in depth description [...]